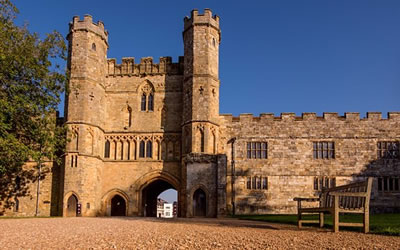 1066 has a strong claim to being the most famous date in these island’s storied history. The invading Norman army under the leadership of William the Conqueror had landed at Pevensey a few miles west and set up base in nearby Hastings. King Harold’s Saxon army, recent victors at the Battle of Stamford Bridge against another invading army, the Norwegian force led by King Harald Hardrada and the English king’s brother Tostig Godwinson, marched south to fight him.

The ensuing bloody Battle of Hastings was to prove a profound turning point in the history of the British Isles and its peoples. The winner William, built Battle Abbey to mark the spot where the took place. You can explore the Abbey ruins, visit the exhibition and tour the battlefield itself whilst listening to an audio commentary of how the day’s events unfolded.

How To Get There.